I don’t know about you, but when I’m reading a book, I love and I mean LOVE to imagine my dream cast. There’s something about being able to picture the character vividly that adds to the experience of reading my favorite stories. Plus, it’s pretty awesome when a movie happens to be made and the casting directors (coincidentally) cast your very own picks! Personally, this has only happened ONE time to me, and it’s technically still in the rumor mill.

Writing is no exception to this little habit of mine. As I was writing Green I found that coming up with a dream cast not only helped me bring my characters to life, but also allowed me to form unexplainable bonds with each of them. Sure, certain mannerisms and traits were based off people that I actually know in real life (though who wouldn’t want to meet Superman?), but as I was writing it was awesome to allow each scene to play out like a movie in my head.

So, without further ado, I present to you my inspiration for Hunter & Zach. Now let me explain a funny fact about Mattie. Originally, I began writing Mattie with Nina Dobrev in mind. However, as I got further into the story Mattie somehow morphed into a hybrid of a few other actresses. Thus, Mattie is still technically faceless to me.

Who would you cast as Mattie? 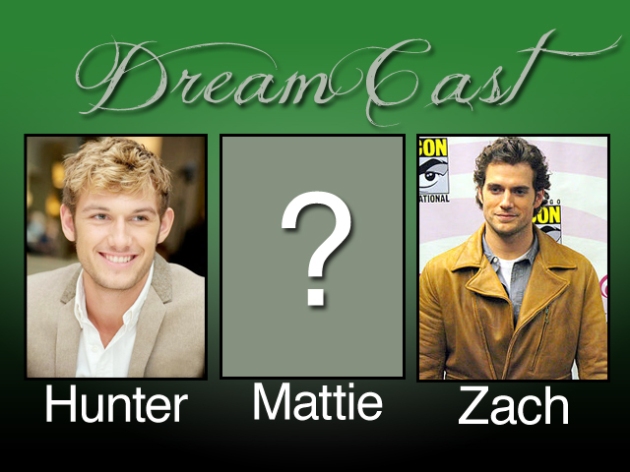 Thanks to her Mom's unwavering devotion to read a bedtime story to her every single night throughout her childhood years, S. BRIONES LIM's love for books began before she could even speak. Amazon Bestselling author, S. Briones Lim's other obsessions include time with family, POPCORN, sketching, movies and her pug, Tobi. She currently lives on the East Coast with her husband and continues to write every day. Interact with S. BRIONES LIM on her Facebook Page: facebook.com/sbrioneslim View all posts by Author S. Briones Lim

One thought on “Character Inspiration”